C-Stores Should Sell More Of These 5 Chocolate Brands 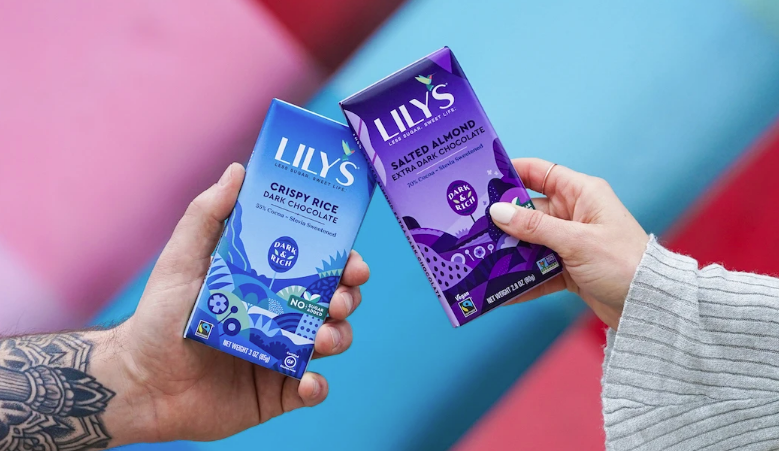 Despite trends in health and wellness, people still love their sweets. So much so that 92% of Americans turned to chocolate for an indulgent treat in 2020. 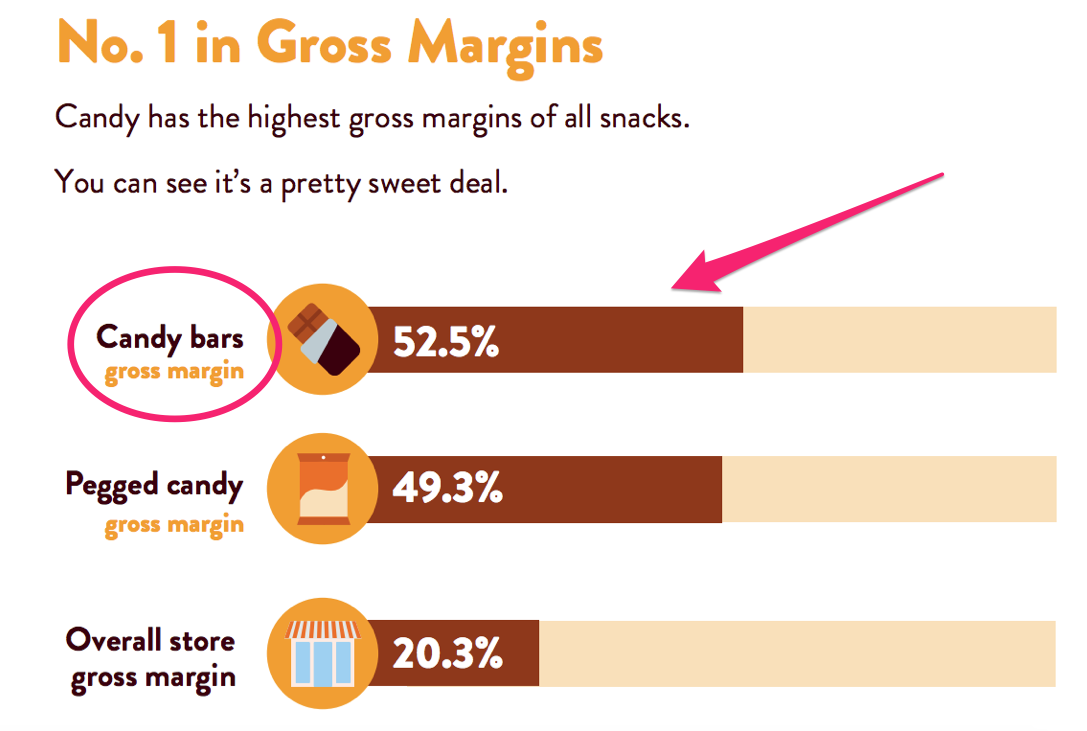 Chocolate likely maintains its popularity because 34% of people always have chocolate candy on hand, according to a recent study by Mintel.

This is all good news for c-stores, where candy bars (the majority of which are chocolate) have the highest gross margins —  52.5% compared to the overall store at 20.3%. Plus, 42% of consumers buy chocolate on impulse, leading to higher basket sizes.

Considering these numbers, stocking up on chocolate candy is a smart play. Here are some of the best chocolate products to stock up on right now. 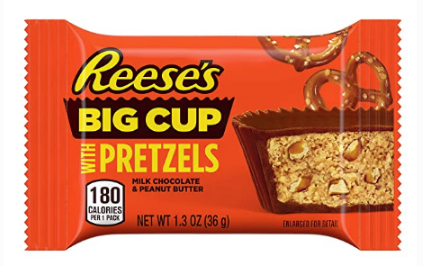 Why stock up on Reese’s?

Pulling in over $2 billion annually, Reese’s Peanut Butter Cups are easily the most popular candy in the U.S. And in the c-store channel, sales of Reese’s are 56% higher than the second most popular brand.

Aside from being delicious, one of the driving factors behind Reese’s success is that it has managed to preserve the nostalgia associated with its original product while constantly innovating and introducing new varieties.

There are Reese’s Thins, Reese’s Nutrageous, Reese’s Fast Break, Reese’s Take 5, and, of course, the iconic Reese’s Pieces. And when it comes time for the holidays, you can find Reese’s classic peanut butter cups in all sorts of shapes, from ghosts to Christmas trees to Easter eggs.

One of their latest innovations is Reese’s Big Cup with Pretzels, featured in the image above. And they have another Big Cup variety coming soon with potato chips.

By creating new twists on an old favorite, the Reese’s brand has struck just the right balance.

Because consumers naturally gravitate towards long-time favorites, repeatedly buying the same brands they grew up with. But they also want some variety — and Resse’s mashup of different flavors give them just that.

“Innovation is an important part of the candy category,” said Alan Tobin, director, category management–c-store, The Hershey Company. “But core items that have been around for years play an important role because they account for 94% of annual candy sales in the c-store channel.”

April Hogue, category manager at Maverik, a Salt Lake City-based c-store chain, echoes this point. “Customers want innovation in chocolate but eventually go back to their tried-and-true favorites, which drives a temporary shift in share from an established item to something new, and then back to that established item.” 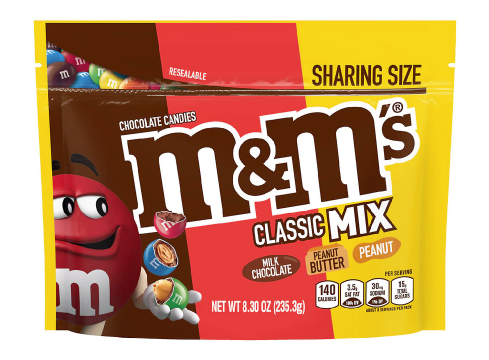 Americans are crazy about the classic treat that "melts in your mouth, not in your hand." So much so that 20 million M&M’s are produced in the United States every single day — nearly half of which are made at one single factory in Hackettstown, New Jersey.

M&M’s have been around forever (since 1941 to be exact) and most people strongly reside in either the milk chocolate or peanut M&M camp. But like Reese’s, M&M’s produces a wide variety of spin-off products to keep things interesting.

As a c-store owner, keeping the classics in stock while offering a rotation of the innovative varieties would be a smart play. Especially since M&M’s was the top-selling chocolate brand in 2017, with $688 million in sales.

Why stock up on Snickers?

“You’re not you when you’re hungry.” So goes the well-known Snicker slogan — a not-so-subtle nudge to grab a Snickers bar when you start to feel the cranky pangs of mid-day hunger.

And whether it’s thanks to the ads or the deliciously gooey chocolate-caramel-peanut combination, Americans are grabbing Snickers (owned by Mars Wrigley) to the tune of 400 million bars a year.

The original Snickers bar is by far the most popular product in the brand’s lineup. But there are other varieties like Snickers Almond, Snickers Peanut Butter, and Snickers Minis that have stood the test of time.

And the brand has found recent success with innovative brownie-based products. Slated to launch in August 2021, for example, is the Snickers Almond Brownie bar (featured in the image above.) 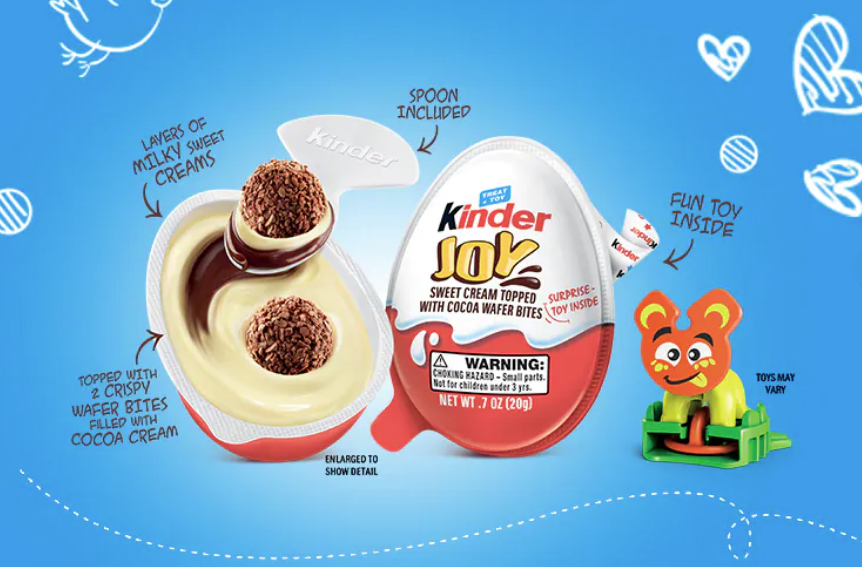 Why stock up on Kinder?

Created by the Italian confectionery company Ferrero, Kinder has been a leading brand internationally for decades. In the U.S. market, however, the Kinder brand is relatively new, with Kinder Joy hitting shelves in late 2017, followed by Kinder Bueno two years later.

Mary Trinko, senior client success manager for us at Koupon, talked about Kinder’s hot streak on a recent episode of our podcast How Convenient. “I think they did a lot of things right,” Trinko said. “Predominantly, being different.”

Kinder Joy, for instance, comes in an egg-shaped package that includes a toy. As Trinko says, “You not only get the joy of chocolate, but then the joy of a toy, which I think is really something that resonates with folks, that whole two-in-one special without even asking for it.”

Plus, Kinder has been very strategic in terms of shelf space, incentivizing prime placement by partnering with retailers and providing promotional dollars — ultimately making its products valuable not only to the end consumer but for the retailers as well.

“You’re getting what you need to be supported,” says Trinko about stocking up on Kinder.

Why stock up on Lily’s?

Remember how we said people love their sweets despite trends in health and wellness? Well, that’s true to a point. But there’s also a lot of growth in the better-for-you (BFY) space within the chocolate category. Sugar-free chocolate sales at c-stores, for example, were up 57.8% for the 52 weeks ending Feb. 21, 2021.

One of the biggest brands in the BFY space is Lily’s, whose slogan is, “Sweets reimagined. Changing the chocolate game one bite at a time.” With $110 million in sales plus 55% revenue growth year-over-year, Lily’s low-sugar, stevia-sweetened products include dark chocolate bars, milk chocolate bars, baking chips, peanut butter cups, and more.

The company’s rapid growth within the BFY space recently attracted the attention of many big brands, ultimately being acquired by Hershey’s in May 2021.

“Hershey is focused on developing a BFY confection portfolio that offers a variety of choices to meet the evolving needs of our consumers," said Chuck Raup, president U.S. for Hershey Co. “Lily’s is a great strategic complement to our existing offerings in this growing segment of the confection category.”

Hershey believes BFY offerings are still underdeveloped in confection and the Lily’s acquisition will enable them to accelerate growth and “reimagine the future of the candy aisle.” C-stores would be wise to follow suit. 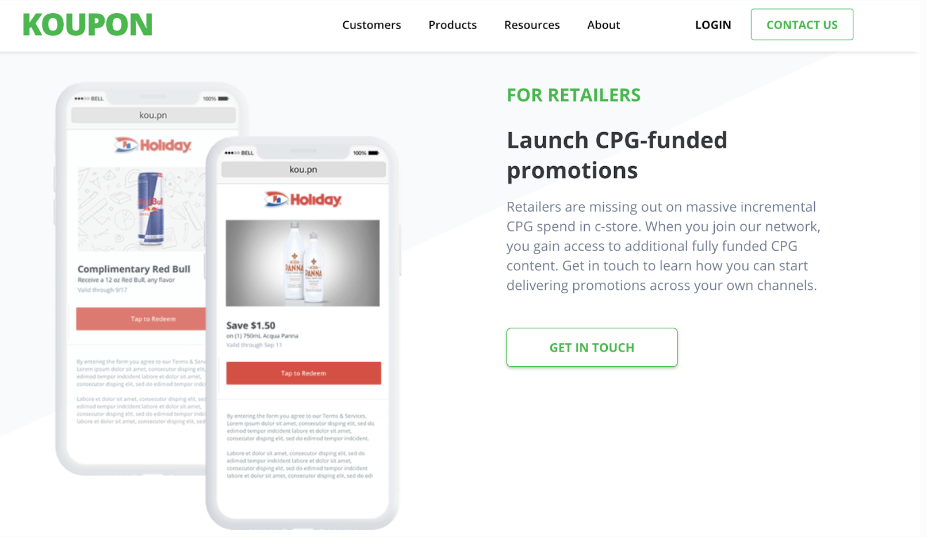 Consumer behavior is evolving, even when it comes to something as tried and true as chocolate. And it’s challenging retailers to grow and adapt. At Koupon, we provide the technology you need to reach shoppers, attract them to your store, increase sales, create data-informed strategies, and drive digital impact.

No matter where you are in your digital transformation for your c-store, we have the solutions you need to grow. We can help you:

Our solutions grow with you. So whether you’re just getting started or fully accelerating, we can help. Get in touch to learn more!