CPG Brands Are In Trouble For Lack Of Consumer Data

And that’s not the only change the industry has undergone; the old methods that consumer brands used to drive market share and profit growth just don’t work the way they did a decade ago.

Strategies and channels like mass media, mergers and acquisitions, and brand building/awareness campaigns are still effective, but not without some modifications to how they’ve traditionally been used.

Sadly, many brands aren’t changing their ways as consumers are. And it’s safe to say they’re in trouble if they don’t evolve going forward.

The four companies below are examples of such brands; they didn't adapt as data started showing changes and new trends, and they paid dearly for it. 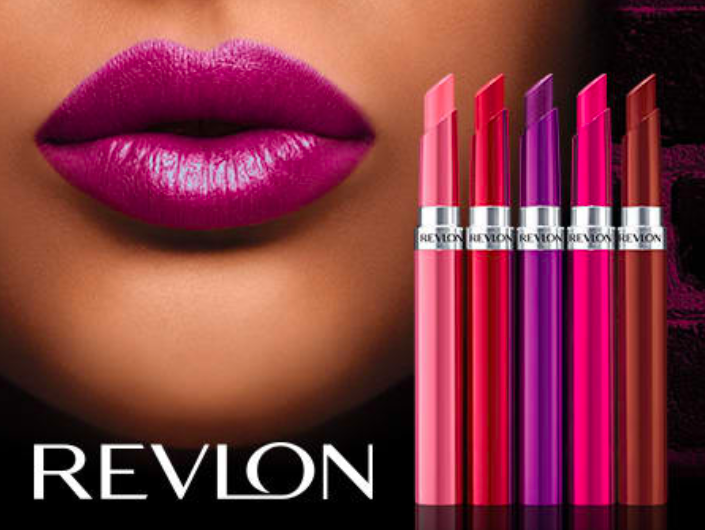 What happened to Revlon

In its prime, Revlon was the hottest name in makeup, relying on mass marketing and mass production to dominate the industry for decades.

And the iconic brand’s dominance reached a crescendo in the 1980s when bright colors were all the rage, in everything from fashion to cosmetics. After the 80s, however, multiple trends shifted and Revlon failed to see the writing on the wall.

As Sharon Terlep, a reporter for the Wall Street Journal, explains in an exposé titled, How Revlon Lost Its Luster, “Late in the century, Revlon turned into a company that was just a little bit behind the trends. Fashion started shifting away from these bright colors, and Revlon didn’t adapt to that change. It caught on somewhat late to the shift towards skincare and skin health and was still selling these color cosmetics that were changing.”

By 2003, Revlon had posted 16 straight quarters of losses. And by 2007, their market share had fallen to just 11% in mass market retailers.

A few years later, in 2016, Revlon was facing stiff competition from small startups like Kylie Cosmetics who were gaining traction with influencers and user-generated content on social media. By 2017, their market share had dwindled to 6%.

And then, of course, 2020 happened — makeup sales tanked, especially lipstick, as people were either confined to their homes or wearing a mask. Revlon, already in a poor financial position, narrowly avoided bankruptcy in 2020 by restructuring debt and laying off employees.

As the WSJ says when wrapping up their reporting, “Where Revlon ends up will depend on how it adapts to the modern beauty landscape. And if it can inject a little color into an otherwise bleak outlook.” 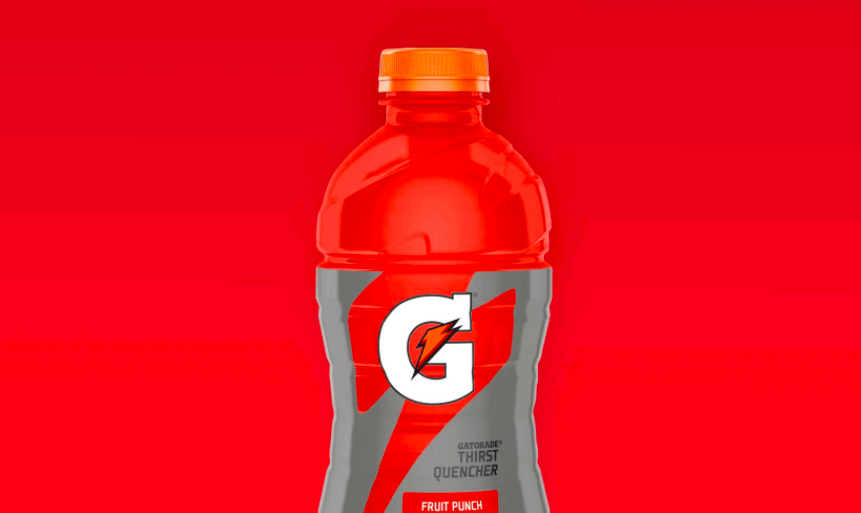 First, let’s be clear. Gatorade isn’t in the same position as Revlon. They’re still the number one sports drink in the U.S., holding onto a staggering 68% market share.

That 68% market share is down from 83% in 2006 — largely due to changing consumer preferences as shoppers increasingly trade out sugary drinks in favor of healthier ones.

And while there’s been a proliferation of healthier beverages nipping at Gatorade’s heels, their most dangerous competition comes from the upstart brand BodyArmor. Launched in 2011, BodyArmor’s whole shtick is being a healthier, more “cool” version of Gatorade — consistently using marketing and social media to frame Gatorade as old.

In 2018, for example, they launched a campaign showing their athletes doing “old things” like making calls on a rotary phone or sending letters via carrier pigeon. The ads all end in the immortal words of Kobe Bryant — “Thanks Gatorade, we’ll take it from here.”

The move towards healthier beverages did not happen overnight. But like Revlon, Gatorade didn’t seem to be monitoring the changes in trends and consumer data.

Instead, they kept doing things the way they’d been doing them for years — leaving the door wide open for the competition. And while Gatorade has tried in recent years to address changing tastes with products like Gatorade Organic and Gatorade Zero, it may have missed the moment.

As Ali Dibadj, a consumer-goods analyst with Bernstein told the Wall Street Journal, “Gatorade Organic is a valiant effort by PepsiCo to give sports drinks a healthier reputation. But it might’ve been too little, too late. You clearly see the growth rate and market share has stalled.”

What happened to Campbell’s

Back in 2011, Campbell’s new CEO Denise Morrison wanted to transform the traditional CPG giant known for its soups into a powerhouse of fresh foods and better-for-you products.

With this goal in mind, Campbell’s quickly moved forward with several acquisitions. First, they snapped up Bolthouse Farms, producer of fresh carrots, smoothies, juices, and dressings. Then they acquired Plum Organics, a leader in natural baby food. And lastly, they took over Garden Fresh, a company that makes natural chips, salsa, and hummus.

At first glance, this sounds like a pretty good plan — Campbell’s followed the trends in healthy, better-for-you products, right? Yes, but… Campbell’s picked the wrong products to acquire. Or more specifically, the wrong type of products. Instead of acquiring challengers to their core business (which is soup), Campbell’s acquired adjacencies.

As you can see in the chart above, data shows that betting on adjacencies now has the lowest total shareholder returns (TSR) of the three major types of mergers and acquisitions. In fact, McKinsey explains that adjacencies typically face an uphill battle in today’s climate, failing more often than they succeed.

True to the data, Campbell’s acquisitions flopped. Sales of Garden Fresh, for example, fell significantly below the $110 million level it was acquired at. Ultimately, Morrison was let go and Campbell’s sold off the acquired companies, vowing to focus on its core business going forward.

Don’t just follow trends, pay attention to the different dynamics that could make or break your success when following these trends. In the case of M&A, snapping up challengers to your core business is currently the best strategy for big CPG brands.

This makes sense considering data showing that consumers are gravitating towards smaller brands, preferring to buy from companies that align with their personal values.

Even so, McKinsey cautions that these challenger M&A’s must be executed carefully, explaining that, “The key to success lies in sustaining the challenger’s secret sauce within the machinery of a 100-year-old company.” 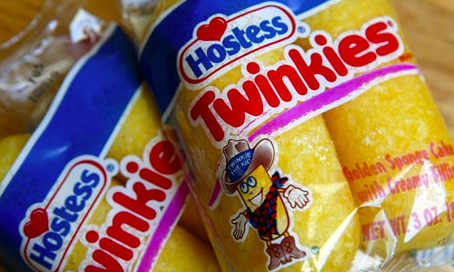 What happened to Hostess

But by the late 90s, consumer preferences began to shift. And the sugar-packed Twinkie had trouble fitting in among newly health-conscious consumers on low-carb diets like Atkins and South Beach.

As Business Insider puts it, “Loaded with calories, sugar, and preservatives most people hadn't heard of, let alone could pronounce, Twinkies became a casualty of the health revolution. Sales fell and then flattened.”

The 2012 bankruptcy was different though, dismantling the company entirely through a true liquidation process and allowing the new owners to start from scratch, with only the brand name, recipes, and five factories to work with.

And in what was dubbed, “The sweetest comeback in the history of ever,” Twinkies hit the shelves again in 2013. This time, however, Hostess listened to consumers and retailers, fueling various developments, particularly better-for-you versions of several of its popular snack products.

So far, it appears to be working, as sales at Hostess continue to rise eight years later in 2021. Surging sales at convenience stores and dollar stores, for example, helped lift overall revenue in the first quarter of 2021. And sales were at $265.42 million, up 9% from $243.49 million year-over-year.

While many factors were involved in the demise of Hostess (including financial missteps and union disputes), many agree that Hostess management is to blame for failing to alter its products amid dramatic changes in consumer tastes.

Hank Cardello, a senior fellow at the Hudson Institute and former marketing director at Coca-Cola, argued in Forbes that, “Hostess should have picked up on changing consumer tastes years ago and begun reinventing its product line. The company could have even kept the iconic Twinkie, which still has its fans, if it had added more nutritional products.”

If Revlon, Gatorade, Campbell’s, or Hostess had been paying attention to gradual changes in consumer data, they would likely be in a better position today.

That said, many brands are paying attention. Here are a few examples:

John Foraker, who was CEO of Annie’s when it was acquired, said, “Our core team stayed on after the acquisition and helped protect the core values of Annie’s and what was different about it and what lines we would never cross in terms of innovation and public policy.” 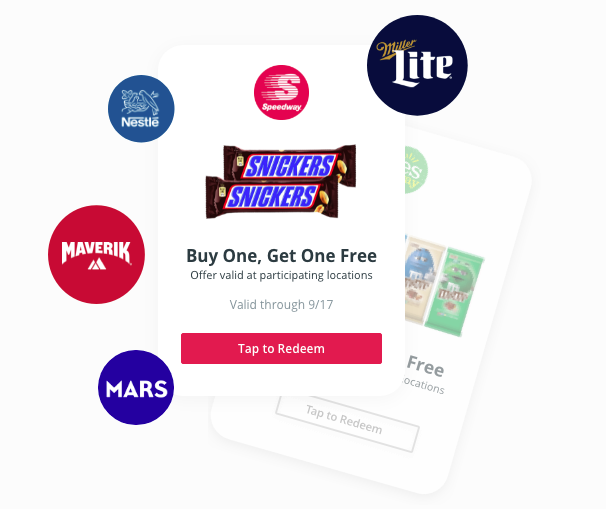 Powered by nearly 5 billion consumer transactions, Koupon provides brands with unique insights that help measure and increase your impact in the c-store channel.

Here’s how Koupon gets results for CPG brands in c-stores:

The bottom line? We connect brands and retailers, helping everyone reach more customers and drive sales. Get in touch to learn more!