CPG Marketers, Here's how to Drive Repeat Purchases Through C-Store 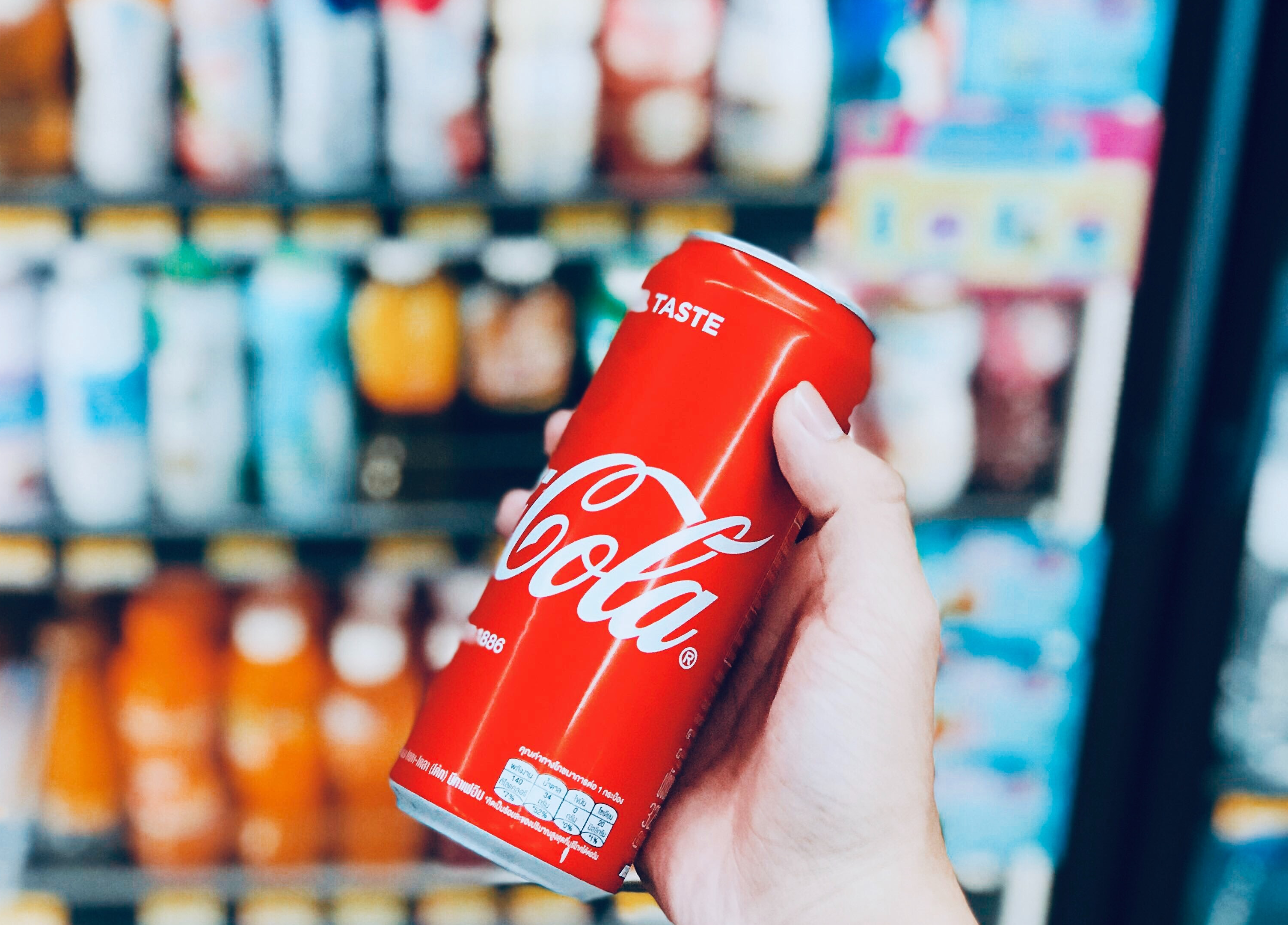 As shoppers slowly return to stores, it's critical for CPG brands to start encouraging repeat purchases.

After all, shoppers are forming new habits right before our eyes. They’re changing brands, changing channels, changing everything.

And as they're changing their habits on many fronts, you can encourage them to start purchasing certain products on a regular basis, driving repeat sales for your brand.

And that’s where convenience stores come in handy. C-stores are a smart channel to focus on as they’ve become the go-to for quick fill-in trips during the pandemic.

To help you get this done, we looked into what’s working for CPG brands nationwide.

So here are eight ideas to help you drive repeat sales in the c-store channel.

1. Identify best sellers and offer coupons on them 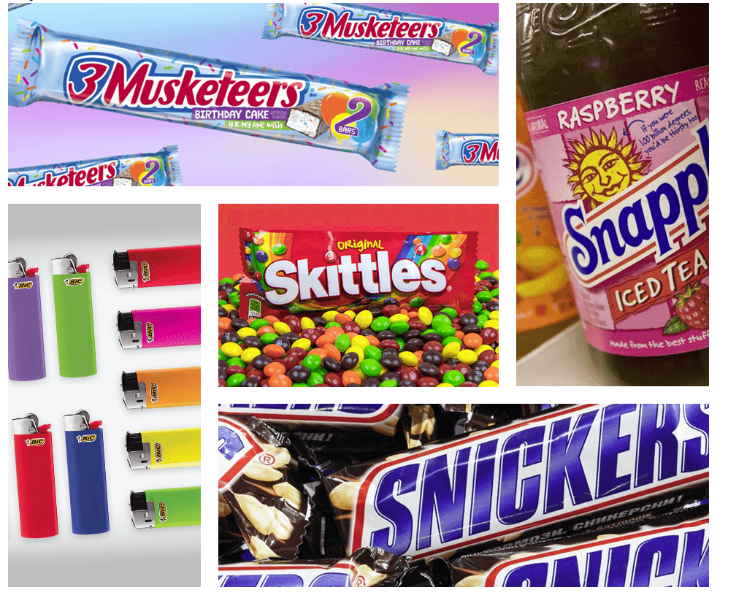 Offering coupons on top sellers is a good strategy to encourage repeat purchases because:

To determine bestsellers amongst your products, look at your sales analytics within the c-store channel.

In general, though, packaged beverages are the best-selling CPG product in c-stores. And within the beverage category, energy drinks usually lead the way. 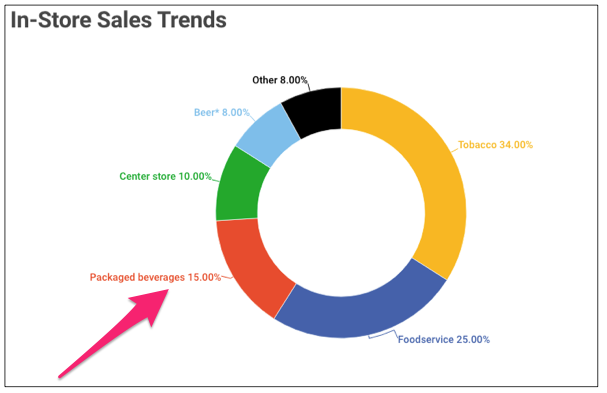 These top sellers also have the highest redemption rates for coupons.

Among our clients, for example, we've found that beverage offers perform the best. And within the beverage category, energy drinks lead the way, followed by soda, juice, and coffee. 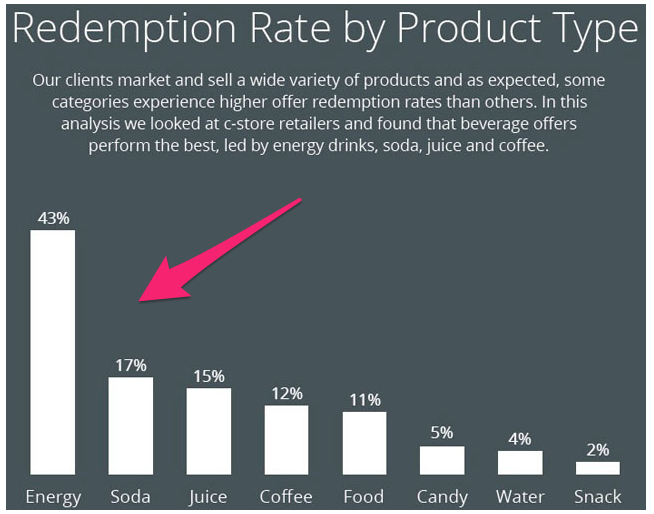 Beverages also have the added bonus of high margins, making them ideal for discounts.

According to NACS figures, sales of packaged beverages averaged $13,726 per store per month in 2019, second only to cigarettes. And the gross margin percentage was 43.77%, second only to candy among the top 10 categories.

2. Increase the value of incentives you offer in c-stores 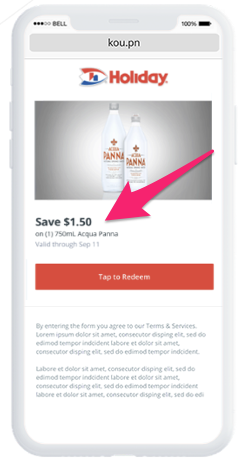 The average product sold in c-stores generally costs less than $2.

So while a 25 cent discount may seem reasonable given the total price, it’s important to consider whether it’s enough to motivate shoppers.

Based on years of client data, we’ve found that deals should be at least $1 in total value and between $0.50 and $1.50 on a per-unit basis (see image below). Anything less, say a coupon for 25 cents off, isn’t going to move the needle much.

Offering loyalty rewards specific to c-stores is another good way to drive repeat sales. The reward itself builds brand loyalty. And by making it redeemable only in c-stores, it drives foot traffic and creates new habits.

Loyalty programs can be tricky for brands to execute compared to retailers though, with the main hurdle being ease of use.

Pamela Sullins of Kobie Marketing explains that even the most loyal customers are less likely to engage with a loyalty program if they have to jump through hoops to do so.

A good example of an easy-to-use CPG loyalty program is Coke’s “Sip and Scan.” To earn points and rewards, consumers only need to scan a barcode on the product itself.

Their initial rewards program was plagued by an unreliable platform that frequently crashed which annoyed customers and made them lose members.

So, Peet’s partnered with Paytronix to deliver a loyalty program that was both reliable and easy to use. The relaunch of “Peetnik Rewards” resulted in a 350% increase in membership. 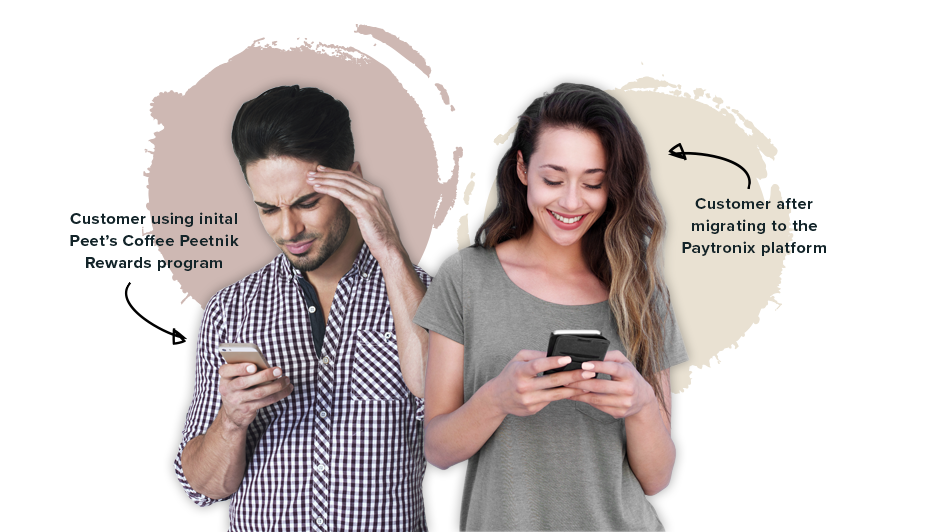 Another good way to incentivize repeat purchases is to offer coupons through social media. And like the loyalty rewards, you can make them redeemable only in c-stores.

If you’re picking up on a theme here, you’re right. The more people you send to c-stores, the more chances you have at repeat purchases in that channel.

To illustrate, let’s take a look at a social media campaign that we worked on with a packaged soda brand.

Using our mobile offer technology, the brand rewarded social media followers with a coupon during the MLB postseason. The coupon was redeemable only at a leading c-store chain.

The offer resulted in a 97% engagement rate and a 16.7% redemption rate, successfully driving sales in the c-store channel. 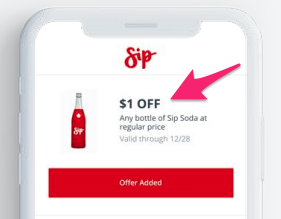 Another good example is the “30 Days of Free” campaign that we helped a large c-store chain execute.

And while this is an example of a retailer promotion, CPG brands could do the exact same thing. 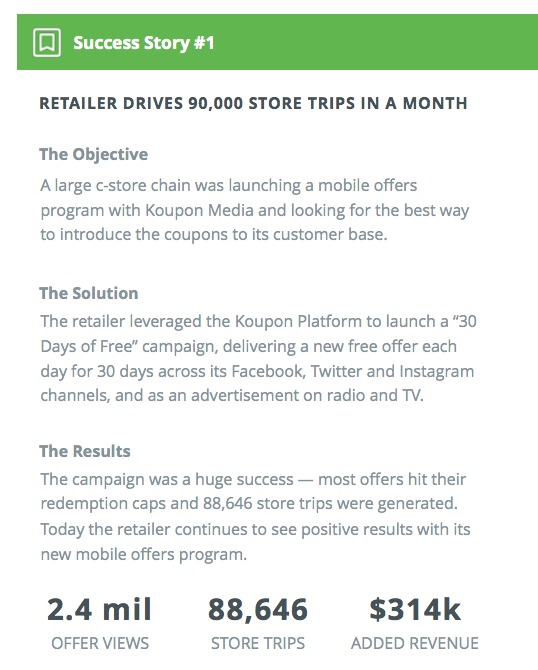 5. Identify worst sellers and put coupons on them

63% of people buy items they don't need just because they had a coupon for it.

To encourage repeat sales though, it needs to be a really good product. That way, customers come back for more.

So take a look at your sales analytics. What are your worst selling items? Are there any that seem like they would benefit from a coupon boost?

Maybe there’s an item (or a variety) that’s new and customers just haven’t tried it yet.

Or maybe there’s an item that’s struggling on its own but pairs well with a higher selling product.

If that’s the case, you can offer a bundled coupon to draw attention to the poor seller. Bundled promotions or combo offers also typically have the added benefit of increased ROI.

We’ve found that combo offers deliver a per-unit discount that's 31% less. At the same time, the ROI of combo offers is 142% higher than single deals. 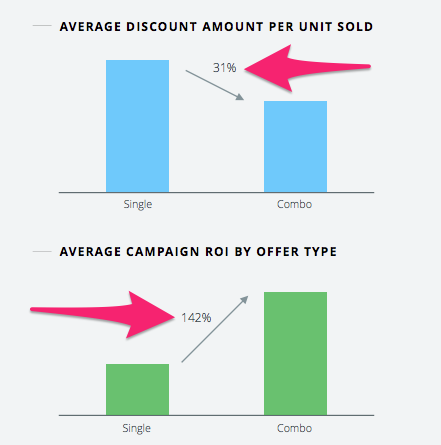 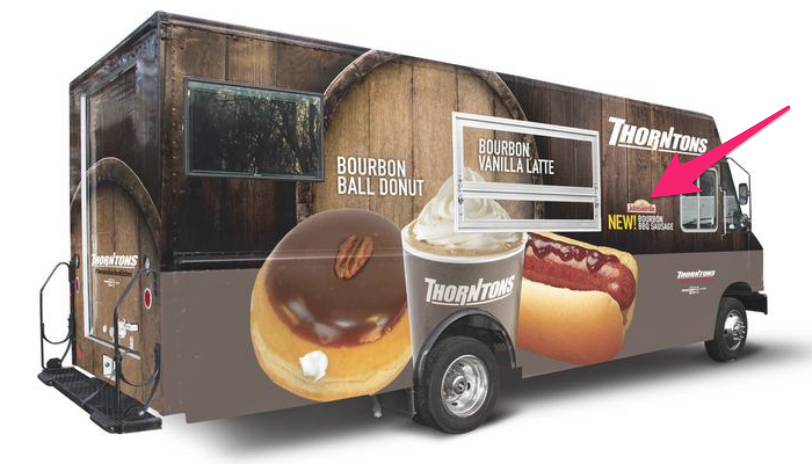 If you’re ready to get creative, sponsoring a food truck campaign is a great way to drive repeat sales in c-stores.

An example of a CPG brand sponsoring a food truck is Johnsonville and the “Thorntons Bourbon Kitchen.”

It started when Thorntons wanted to use the excitement surrounding the Kentucky Derby to drive in-store sales. So they teamed up with Johnsonville and others to create a trio of bourbon-inspired offerings — the Johnsonville Bourbon BBQ Sausage, the Bourbon Ball Donut, and the Bourbon Vanilla Latte.

To promote the limited-time items, Johnsonville sponsored a food truck and Thorntons took it to major Derby events, using social media to promote each stop. Employees handed out thousands of free samples to consumers, generating excitement and driving sales. 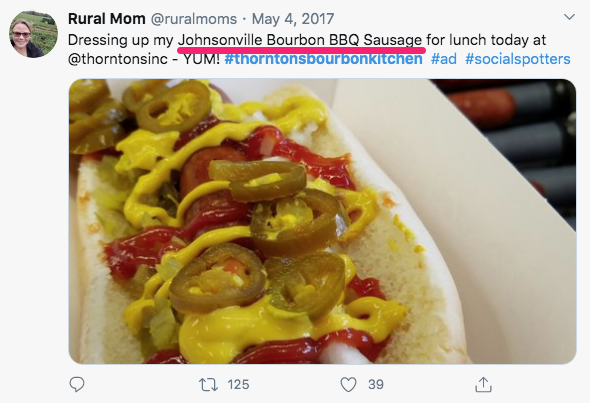 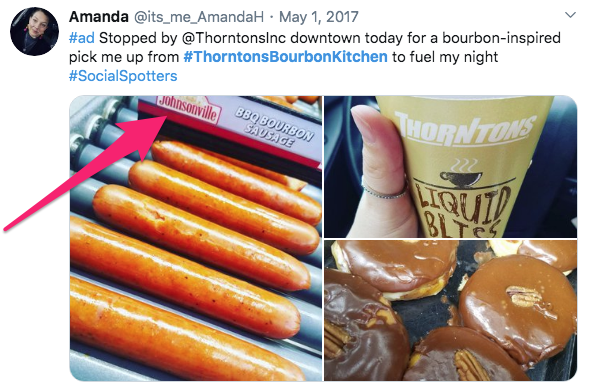 7. Run specials for customers who come back within a period of time 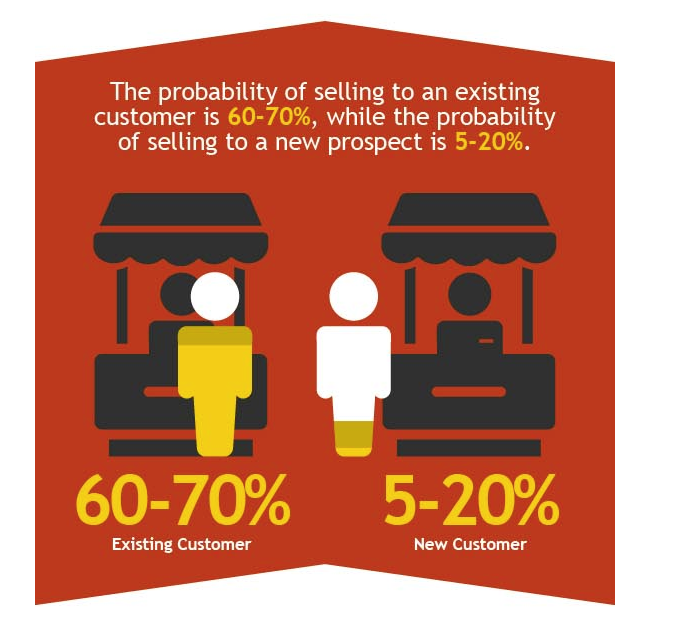 As a marketing professional, you’re probably familiar with the research showing that you’re more likely to sell to an existing customer than a new one. And that it’s 5 times cheaper to retain existing customers than to acquire new ones.

As such, running specials for existing customers can be a good strategy to encourage repeat sales. By attaching a time limit to get them back in the store quickly, you can shape buying habits.

Check out this offer from Pinkberry. They’re sending a free yogurt coupon to existing customers and it must be redeemed within 7 days. 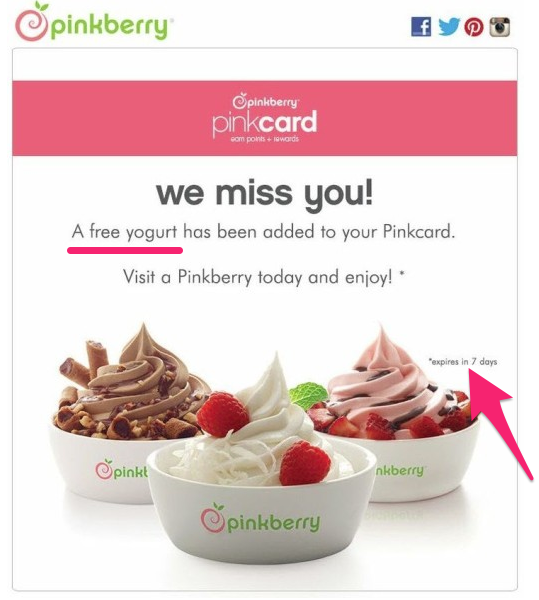 Another way to entice customers into the store is through gamification.

As an example, Kwik Chek leveraged Koupon’s gamification toolset, with an interactive match 3 style program that delivered all customers with high-value free offers. Customers were encouraged to play every day through the course of the 100 day long program.

By utilizing Koupon’s gamification technology, we built a fun, engaging, and rewarding program that kept guests coming back.

The campaign was a major success, generating a 41% redemption rate and driving over 50,000 in-store redemptions. 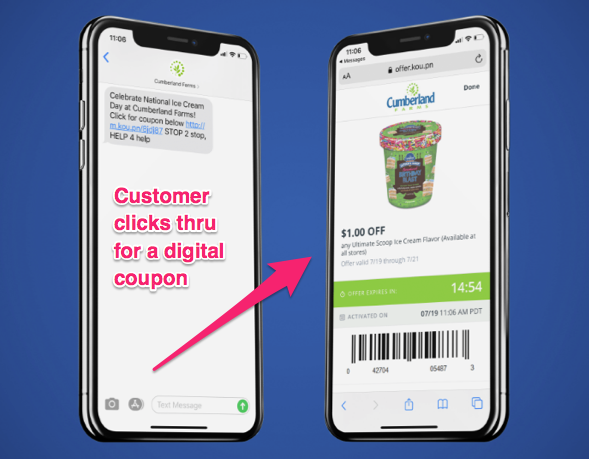 By the end of 2020, 48 million consumers are expected to opt-in to receive text messages from their favorite brands.

That, plus a 98% open rate means that SMS marketing can be a very effective strategy.

Also, SMS marketing is well suited to the busy c-store shopper because texts are short and to the point. After all, a shopper running into a convenience store doesn’t have time for a lengthy exchange.

Good uses for text messages include:

Finally, since 90% of messages are read within 90 seconds, you can send offers in real time based on past purchases, location, or even time of day.

And after comparing patterns from our c-store clients, we’ve found that engagement peaks on Fridays and during the evening commute. So these would be ideal times to send messages.

There are several strategies that CPG brands can use to drive repeat sales in c-stores as we head into the “new normal.” Here’s a quick recap:

As you can see, the overarching theme is to identify a channel with growth opportunity (c-store) and then drive as many customers there as possible.